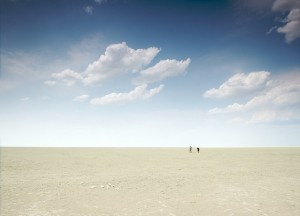 We’ve heard about a lot of organizations that dispute common and widely accepted theories, such as the Church of the Flying Spaghetti Monster and the International Flat Earth Research Society. The aim of these groups is to promote their beliefs of alternative science. If the Flying Spaghetti Monster contradicts the evolutionary theory, the Flat Earth Society, on the other hand, contradicts how the Earth is spherical in shape.
The belief that the Earth is a flat plane was a theory held by early ancient civilizations like Egypt, Mesopotamia, India, Japan, and even some parts of Europe. Although they may differ on some issues, like the supposed size of the earth and its geographical layout, the commonality between all of these theories is that the earth lies in a flat surface, surrounded by a ring of a body of water, at the edges of which is the literal end of the world.
People in these very early civilizations relied very heavily on observation rather than exploration, as a lot of the scientists at the time were more fascinated with the heavens than they actually were for land. Since one can explore the expanse of the land simply by walking, they considered the earth to be flat.
Possibly the oldest known old world map is an excavated stone carving of a Babylonian origin, called the imagi mundi. It illustrated a round shape (the ocean) encompassing the land masses of the earth. In the ancient Hebrew bible texts, such as the enuma elish, references to a flat earth can also be clearly seen. It relates that the earth is a flat plane, built on foundations placed by God, and above and below this flat plain were waters, with the sky like a canopy over the vast expanse of the land. For the early Egyptians as well, the dry lands (or islands) of the earth were surrounded by the oceans at all sides.
These ancient civilizations thrived mostly by hunting, planting, keeping cattle and livestock, fishing and other agricultural means of livelihood. They also participated in trade with neighboring lands. Trading was a great way to expand their horizons both economically and socially. It was in this time that the ancient people traveled by sea and ocean to explore and visit nearby land masses. 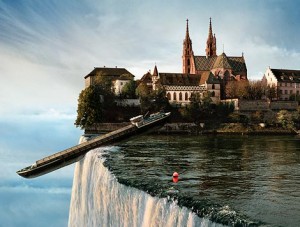 Explorations by sea were often thought of as dangerous, and only the most adventurous of individuals would take part. In such expeditions, success meant having your name remembered for generations to come. In time, most explorers began to question whether the earth was in truth actually flat like a plane. These doubts were sparked by accounts of seeing ships on the horizon with the bottom parts of its silhouette missing, suggesting a curvature in the earth, however partial.
Astronomers had to question the flat earth theory as well. After having seen the earth’s shadow on the moon during an eclipse to be slightly circular, the theory that the earth was in fact round was born. After several centuries of observation, exploration, experimentation and documentation, modern theories of how the earth was round or spherical in actuality ultimately became the norm. The flat earth theory eventually became dismissed after mankind has stepped foot in space and confirmed the shape of the world.
However, there were some groups who still firmly believe that the earth is flat. These are the members of the Flat Earth Society. This was an organization founded in the year 1956 by Samuel Shenton, an Englishman. Shenton was a simple man who lived in the English suburb of Dover with his wife, Lillian. He was a truly firm believer of the flat earth theory, even at the time when Russia and the United States were already reporting hugely successful space missions to orbit the earth.
Shenton, son of a sergeant major in the army, reportedly built an airship of his own invention and design. The aircraft would purportedly rise straight up into the atmosphere where it would remain stationary; until such time that the earth spins westward, reaching his desired location at the same latitude from the supposed center of the earth.
His visualization for how the earth was shaped was simple, and he created his own cosmology around this principle. He based his cosmology on his interpretation of the book of Genesis in the bible. He wrote that the world was like a flat disc, with the North Pole at its very center, and applied the Zetetic ideology that the South Pole was a wall of icy, impenetrable mass surrounding the edge of the earth, separating it from the universe, which he believed was an endless plane. 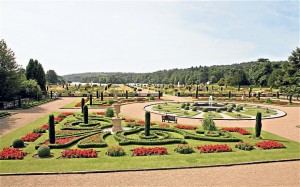 He found a kindred spirit in Lady Blount, the founder of the Universal Zetetic Society, and a certain Archbishop Stevens, who allegedly had designed an idea for an air craft that was similar to his own. Shenton (and subsequently, his followers) believe that the Bible clearly says the world is flat. Shentons successor Charles Johnson firmly believes this, claiming that world leaders like George Washington also knew this for a fact, and that is why he broke away from England, a ‘pro-globe’ country.
Fighting for what they believed in was hard, particularly for Shenton as the founding father of the Flat Earth Society. He kept giving lectures and trying to convince people that the space shuttle launches were a hoax, and trying to get them to realize that we really do live on a flat earth. He was always very gracious at accepting invites to talk about the flat earth society beliefs, but he paid very dearly for his efforts.
His health began to suffer due to fatigue and stress. Even so, he never stopped making use of the media attention he was receiving. He was firm in following the principles of Zetetic inquiry, which means he only gave out facts which he himself acquired through personal investigation, observation and other means. However strong his will power was, he eventually gave out and his body succumbed to death in the year 1971.
After Shenton passed away, Charles Johnson took over as president of the Flat Earth Society a year aftewr, and continued to spearhead it until he died in 2001. He and his wife were devout believers of the flat earth theory, saying it was the truth found in the bible. Johnson, a former aircraft mechanic, grew the numbers of the Flat Earth Society into its thousands. He and the flat earth society followers accepted anyone who was looking for the ‘plane truth’.

He went about his mission quite religiously, actively supported by his wife. They increased memberships, wrote back letters, and also published a quarterly tabloid entitled Flat Earth News. He was very good in managing the Flat Earth Society affairs, although this made their home (which was turned into the Flat Earth Society headquarters) quite unruly. Sadly, in the year 1995, the Johnsons suffered from a house fire which ultimately destroyed all Flat EarthSociety documents including membership lists, files archive and document library. Johnson tried to rebuild everything, but found it very hard, especially with his wife’s poor physical condition and his old age. A year after the fire, his wife passed away. He was unable to bounce back from these tragedies because they had no insurance.
After a few years, Johnson died. The Flat Earth Society had to go on hiatus from 2001 up to 2004. At this time, Daniel Shenton (no relation to Samuel Shenton) revived the Flat Earth Society as a web forum, actively posting updates, podcasts and even creating a website to house their new library. The 33-year old American is a living proof that the Flat Earth Society and its beliefs still live strong today.