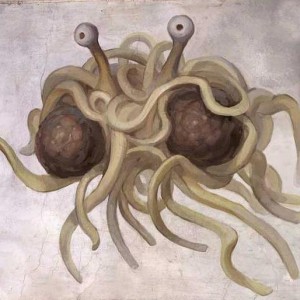 Not everyone knows the flying spaghetti monster but for everyone who is lazy to say “flying spaghetti monster” you can use FSM. The FSM is used as a satirical deity by the church of the flying monster. The church of the flying monster’s objective is to promote Pastafarianism. It was founded by Bobby Henderson when he sent a letter to the Kansas State Board of Education to go against the belief of the intelligent design.

The “Creation” Belief of the Church of the Flying Spaghetti Monster

The “I’d really rather you Didn’ts” 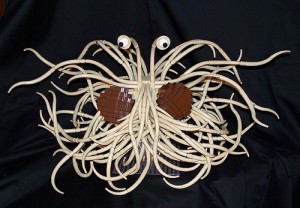 Believe it or not, the first pastafarians were the pirates. But they are not like the pirates nowadays who are known as outcasts or unaccepted by the society and the thieves, the first pastafarian pirates were generous and kind. They gave candy to children all over the world. These pirates were ambassadors of goodwill and they were hippies, they loved spreading peace throughout the world. The belief that pirates are thieves and unaccepted during the middle ages is a misconception. These buccaneers are really fun loving unlike the pirates nowadays. Ghost pirates are the reason behind shipwrecked pirates, lost ships and planes in the Bermuda Triangle during the old ages according to the beliefs of Pastafarianism.

The Cause of Natural Disasters

Nowadays, global warming, climate change, flash floods, the greenhouse effect, hurricanes, earthquakes, landslides, forest fires and many other natural disasters are very rampant. According to the belief of Pastafarians, these are the results of the diminishing number of the fun- loving pirates and the deterioration of Pastafarians ever since the 17th century. 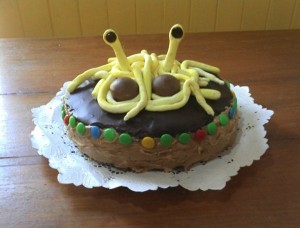 Natural Disasters are not only the effect of the deteriorating population of pirates and pastafarians; another effect of the diminishing believers of the flying spaghetti monster also caused the world issues just like poverty, wars and many more. Somalia has the lowest number of emissions of carbon in the whole world. This is because most of the pastafarians and pirates came from Somalia.

The Holidays Celebrated by the Pastafarians

The church of the flying monster rejects formalism and dogma which is why the holidays of the Pastafarians have no specific and exact date. They celebrate Hanukkah, Kwanzaa and Christmas but hey call them Holiday and Holidays are celebrated anytime and in any way 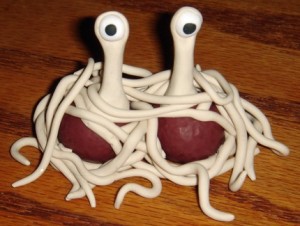 pastafarians want because the church of the flying monster does not have traditions. Pastafarians also has their version of the Christians’ Passover and the Muslim’s Ramadan; these holidays of the pastafarians are the only ones with names they call them “Pastover” and “Ramendan”. Ramendan is celebrated at the period from the 31st day of July to the 29th day of August every year and it is the period when pastafarians only eat ramen in order to feel the pain of college students who can only afford to eat Ramen every meal. During Hanukkah and Christmas, other people in other religion use the greetings “Happy Hanukkah” and “Merry Christmas” but pastafarians use the generic “Happy Holidays” to greet people in any holiday. There is also the “International Talk like a Pirate Day” that is celebrated by the Pastafarians during the 29th day of September every year.

The Books of the Church of the Flying Spaghetti Monster

The Subsectors of the Church of the Flying Monster 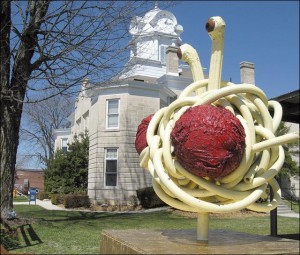 The Church of the Flying Monster, The Holidays, The Ramendan, The Pastover and The Gospel of the Flying Monster are parodies of religions and its main objective is to make the people see the absurdity of intelligent design. Other people think that it is a mock of Christianity but overall, its intention was to make the Kansas State Board of Education open their eyes and see that intelligent design should not be part of the schools’ curriculum on the state of Kansas.