No smiles for New Jersey; how about for believers of Pastafarianism? 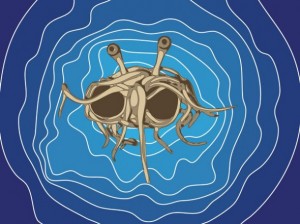 Several months ago, the case of Niko Alm from Austria made worldwide news, as he was the first believer of pastafarianism to have been allowed to wear confessional head gear, in the form of a pasta strainer, while taking his driver’s license photograph. Following this incident, there has been a lot of talk regarding what photos in drivers’ licenses should look like. The New Jersey Driver’s License Bureau requests that, for all intents and purposes of taking photo identification, one should refrain from smiling, laughing or anything that suggests a non-vacant expression.

This ‘no-smiles’ policy began to take quite a few hits. New Jersey is the latest State to have passed the law, preceded by Arkansas, Nevada, Indiana and Virginia. However, the DMV explained the reason behind prohibiting any kind of facial expression in their database photos. Authorities have found a fault in the facial-recognition software being used in the State. They saw that it was having quite a bit of trouble correctly matching smiling faces with those faces in the police database. This has a big impact on all drivers applying for or renewing their licenses.

Serious implications could rise from this, if the software bug is not fixed or remedied. A slight muscle out of line, a wink, a wrinkle, it could possibly offset the whole identification process. A person could be in lots of trouble just by sporting their pearly whites. At any rate, showing up with pastafarianism head gear on your license photo will surely make the traffic officer smile instead.